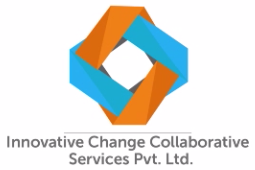 ICCSPL& Next Billion, a private limited marketing firm together entered into a co-implementation partnership model in Jharkhand, India. The objective of this collaboration was to reach out to the last mile in order to sensitize them about the importance of nutrition and subsequently introduce packaged fortified foods among the community. Both ICCSPL and Next Billion came together to implement a three month pilot project (Nov 2016-Jan 2017). Through this partnership, the concept of mobile movies was also introduced in the community, where the houses are still not electrified and there is no concept of using television as a source of information and entertainment. The Mobile Movies pilot was therefore jointly undertaken to introduce and market DSMs (a wing of Unilever) nutritional products. The portfolio of the products comprised of:

During the project, 10 field agents were identified & trained in rural villages, who reached out around 10,000 people by conducting 300 mobile movie sessions with the community. The basic aim of this activity was to:

–           Document community’s behaviour snapshots before and after events

Next Billion created the content for entertainment video and analyzed the collected data. ICCSPL implemented the project by mobilizing the communities and facilitating sessions at village level and also by collecting data from the beneficiaries. DSM has provided branding support including localized TVCs, product demonstration scripts or flipcharts, data task scripting, product samples, and other collaterals.